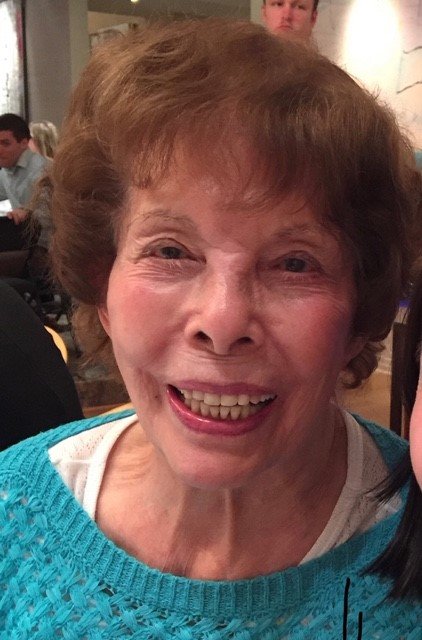 Hope Mendoza Schechter died peacefully at the Los Angeles Jewish Home in Reseda, California on April 1, 2019 at the age of 97. She is survived by her son Bruce Schechter of Sherman Oaks, CA, her siblings Mike Martinez of  Montebello, CA, Anna Martinez of Sun City, CA, Lydia Acosta of Monrovia, CA and her niece Christine Campbell (Tom) of Valencia, CA, and many additional family members and close friends.

Hope's early childhood was spent in Los Angeles where she was the eldest of twelve (children and a part time caretaker to her siblings. Hope was disciplined and always had a strong work ethic.

In September ,1950 Hope met Harvey Schechter . The two worked on a grant to study the ILGWU-International Ladies Garment Workers' Union. They began dating, fell in love and were married in March of 1955. Their marriage lasted for sixty years until Harvey's passing. Harvey noted prior to his death that their wedding was a big deal back in the day as Mexican American women did not marry Jewish men, especially in a ceremony performed by a rabbi.

In 1970, Hope and Harvey welcomed their nephew Bruce into their home and their lives. They raised him and nurtured him into adulthood.

Other points of interest

Share Your Memory of
Hope
Upload Your Memory View All Memories
Be the first to upload a memory!
Share A Memory