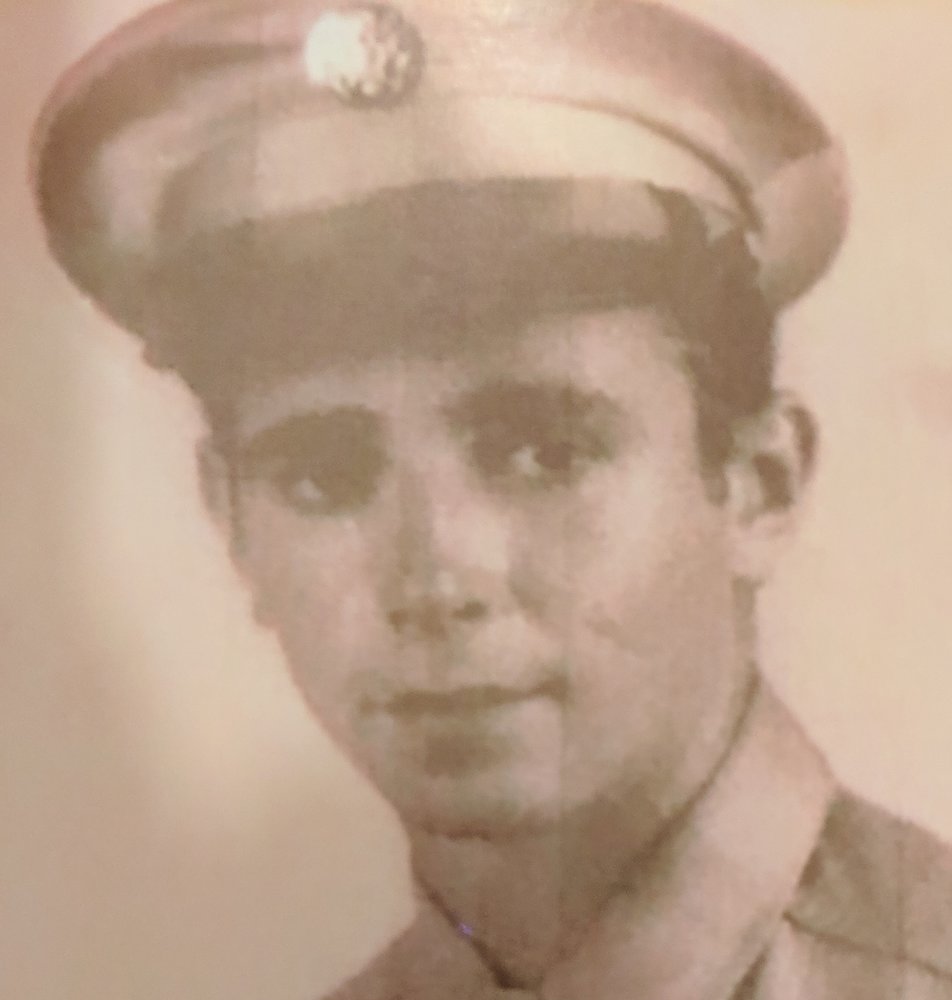 Please share a memory of George to include in a keepsake book for family and friends.
View Tribute Book

George Kramer of Laguna Woods, California passed away at home on February 25, 2019 due to complications of a fall. He was 95 years of age.

He was born in New York City and was a graduate of Stuyvesant High School. As a true member of “The Greatest Generation”, he served his country with honor during WWII. He worked as a rivet thrower at the Brooklyn Navy Yard during the building of the Battleship USS IOWA and later served in Europe in the 73rd Railway Shop Battalion Company A of the US Army. He was a proud veteran and grateful survivor of The Battle of the Bulge. In recognition of his military service, he was honored in a special ceremony on board the USS Iowa on Veterans Day 2016.

A former resident of Kingston, PA, he worked for 37 years in the garment industry and was promoted to General Manager for Chief Apparel and subsequently retired to Southern California in 1987.

He is survived by his cherished wife of 69 years, Phyllis Eisenberg Kramer of Laguna Woods, his beloved sons and daughter-in-law, Gary Kramer of West Hollywood and Jay and Leonie Kramer of Laguna Beach as well as his adored grandsons Isaac and Elan Kramer.

Memorial donations may be made to the Battleship IOWA Museum Los Angeles at pacificbattleship.com

Share Your Memory of
George
Upload Your Memory View All Memories
Be the first to upload a memory!
Share A Memory