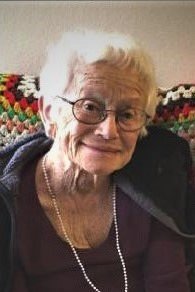 Please share a memory of Bertha (Bee) to include in a keepsake book for family and friends.
View Tribute Book

Bertha (“Bee") Ellisman, 96, passed away June 2nd 2018. She was born December 22nd 1921, in Cleveland Ohio. Bee was an appropriate nickname as she was a dynamo who made many things happen throughout her life. She was the eldest of two surviving children of immigrant parents, Joseph and Ethel Dressler, from Warsaw Poland, who had lost 2 children as they fled Europe after WWI. Bee and her younger brother, Harold W. Dressler, settled in Ventura County in the late 1940’s early 1950’s, when Bee’s husband, Carl, transferred to Point Mugu Naval Air Station as an aeronautical engineer/aeronautics researcher. Bee and Carl raised two boys, Avery Ellisman (67) and Mark Ellisman (69) who, along with 4 grandchildren, Maya (27), Shira (18), Ada (16) and Ezra (13), survive her.

Bee grew up interested in music and was an excellent singer. Although she considered a career in music, she came to train in a professional school for administration before marrying Carl in 1946. As her two boys progressed to middle school she took up real estate and investing, successfully working with Carl to develop income properties and help newcomers to Ventura find homes and properties as the county grew. In the passage of time, Bee’s real passion was revealed when she shifted emphasis to community service and political activism in the early 1960’s. Through her nearly 70 year affiliation with the Ventura County Jewish Council and Temple Beth Torah, Bee became active in their Social Action Committee, which she eventually chaired.

With the aging of her own parents in the early 80’s, Bee saw the dire need for services to help advocate for elderly residents of long-term care facilities, and was moved to create the Ventura County Long-term Care Ombudsman Program. If anything, her seminal work on behalf of elder care is one of her most enduring legacies. Bee was recognized as the motivation that created this program, the glue that held it together, and the visionary that allowed it to grow. She received numerous awards and was honored many times by many organizations for her tireless contributions to the community. Indeed, the program she created in Ventura became the model program for the entire State of California, and is still active and critical to overseeing and advocating for quality elder care in Ventura today.

A brief service commemorating Bee prior to burial will be held on Sunday, June 10th, at Ivy Lawn Memorial Park, 5400 Valentine Road, Ventura, CA 93003 at 1:00 PM. A reception following the burial will be held at Temple Beth Torah, 7620 Foothill Road, Ventura, CA 93003. Those wishing to honor Bee through a donation to causes in which she strongly believed are encouraged to make their contributions to the Long Term Care Services of Ventura County, Inc. or Rabbi Lisa’s Discretionary Fund at Temple Beth Torah.

Bee’s life was well-lived. She remained active nearly to the end and will be missed by many.

Share Your Memory of
Bertha (Bee)
Upload Your Memory View All Memories
Be the first to upload a memory!
Share A Memory