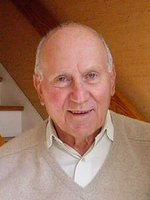 Beverly Hills, California. Elmer Esrock, 102, died peacefully June 4, 2021 at Sunrise for Senior Living. Beloved husband of Zella Esrock. Father to Ellen (McCormick Brubaker) Esrock, Bernard (Jill) Esrock and Allen (Ellen Ginsburg) Esrock. Grandfather to Nathaniel Esrock McClennen, Lauren, Susan, Emma and Abby Esrock. Brother to Eddie Esrock and the late Norton,Yale and Robert Esrock. Loving uncle, cousin and friend to many. Elmer was born August 21, 1918 in St. Louis, Missouri to Yetta and Ben Esrock. He proudly joined the St. Louis Police Department in 1941, where he became an expert marksman, leaving the department to serve in the United States Army Air Forces during World War II, where he trained as a radio operator on B52s and taught radio to others. In 1950 Elmer, and his wife Zella, along with business partners, opened the first integrated restaurant in St. Louis, Park-N-Eat, whose opening ribbon was cut by the singer and activist Lena Horne. In 1952 Elmer and his brother-in-law, Ralph Grosberg, began Big Men Shops, and with other entrepreneurs created a new industry that served the fashion needs of big and tall men. Big Men Shops was a fixture in the St. Louis marketplace, with the flagship store at 705 Washington and stores in Clayton and in shopping centers in Missouri and Illinois. In 1989 Casual Male acquired Big Men Shops and other stores and is now DXL Big + Tall. Elmer and Zella danced through life for 65 years. They were passionate about their family and friends, tennis, international travel and celebrating life. There will be a small zoom funeral open to family and friends. In lieu of flowers, contributions in his memory may be made to the Equal Justice Initiative — 122 Commerce St., Montgomery, AL 36104. For further information, contact allenesrock@gmail.com.